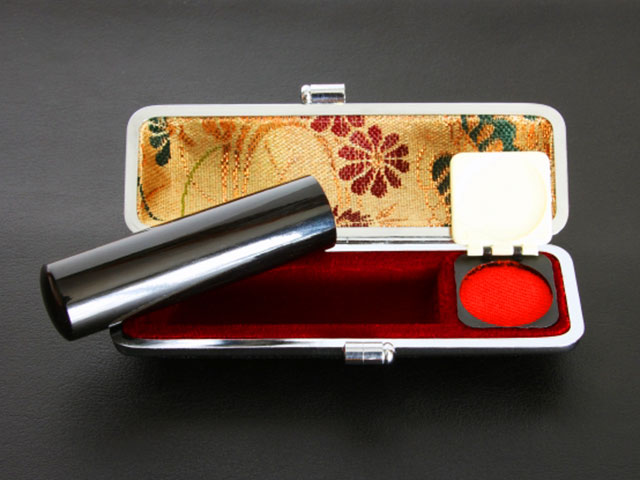 Have you ever seen the stuff, while traveling in Japan?
The small cylinder is called ‘HANKO’. Actually almost people in Japan have own it. Hanko is used in various scenes of Japanese life. However, it is not easy to see the people are using Hanko, is it? Because, the people have hidden it. At bottom of HANKO, personal name is engraved and is used for the same purpose as signature. So people will be troubled if losing own HANKO.
HANKO is small and light, and can print in Kanji, Hiragana and Katakana easily. HANKO is one of recommended Japanese souvenirs.