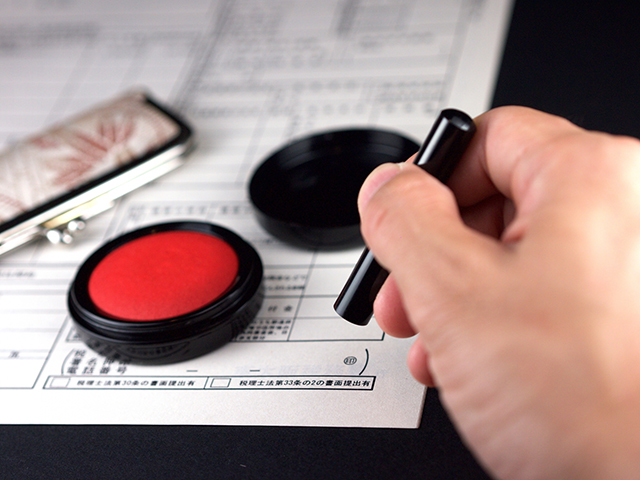 Have you ever seen a scene where someone push a small cylinder against paper in Japanese movie or cartoon?
The cylinder is called HANKO and which is one kind of seal. HANKO is used in various scenes of life in Japan. Its use is the same as signature. HANKO is a tool to express your vow.

You stamp HANKO to the documents which is submitted to the government office.

You use a special Hanko which is called ‘JITSU-IN’.

As proof of adults

HANKO is also used when taking out loans or subscribing to life insurance. HANKO is needs when people grow and become able to make own decisions. To own HANKO is proof of an adult. It should be wonderful to present HANKO from parent to child, when celebrating graduation or employment.

The most popular HANKO

In addition to the above events, HANKO is used in various situations of life in Japan. For example, when receiving a courier service or working at a company. At that time, you use ‘MITOME-IN’ which is a popular HANKO. Of course, there are also HANKO which you can use freely. We use several HANKOs separately depending on situations in Japan.